It has been a while since I had the time to tinker around and to work on my pet project. So to get back into hacking mode or tinkering mode, I decided to proceed with my RPI-based home sensor network project.

So to get back on track and to boost my motivation, I decided yesterday evening to order a basic Ubuntu 18.04 LTS VM from ServerBase.ch for testing and development purposes.

To my surprise, I found this morning an email in my inbox saying that my ordeded VM was already ready and running since 3 am. To be honest I didn't expect to have a running VM on sunday morning to mess around with. Well, it was also interesting to see the logs in /var/log/auth.log once I logged into the system via ssh.

As one can see in the logs below, it took only 15 minutes once some bots tried to ssh into the VM using the user admin:

Anyway, to cut a long story short, I reinstalled the VM with the help of the ServerBase dashboard, and I did mess around with the VM, and documented at the same time my configuration steps for a sane initial ServerBase Ubuntu VM. 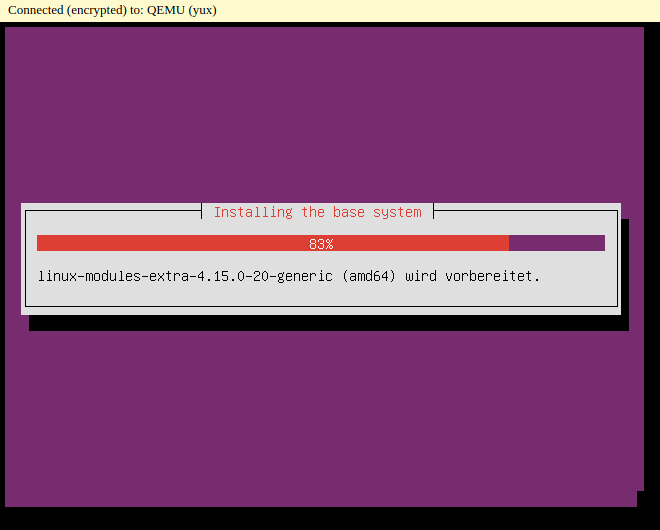 Per default a fresh Ubuntu vserver on ServerBase has a very relaxed SSH access policy. For example, the root user is allowed to SSH into the VM via the root password. Moreover, the system locales are set to Swiss German. Last but not least, the grub settings are tweaked so grub boots faster.

So my steps to configure the VM to my liking were as follows:

In a next step, we add a sudo user, so we don't need the root account anymore:

For this reason, we generate a SSH key pair as shown below:

Once we have generate the keys, we need to copy the public key to our virtual server. This can be easily done with help of ssh-copy-id:

Edit the file /etc/ssh/sshd_config/ and change it as follows:

After that change, reboot the system:

To keep the system secure and up-to-date, one can install the unattended-upgrades package via apt:

Per default, it seems that ServerBase Ubuntu 18.04 VMs are configured with Swiss German locales. I don't like that :D. Thus, let's change that and use US English UTF-8 locales instead.

After that reboot or open a new terminal.

That's it for now. The VM is running and is more or less secured. The next steps involve installing environments like node.js, ruby, and deploying some custom applications for my home sensor network monitoring projects.